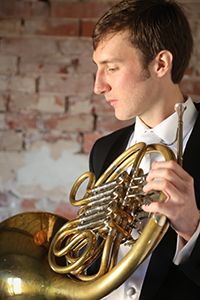 A native of Detroit, Scott graduated from Interlochen Arts Academy with a Fine Arts Award in Horn and received his Bachelor and Master degrees in Horn Performance from Indiana University. Following his time at IU, he served concurrently as a Graduate Teaching Assistant in Composition at the University of Hawaii in Manoa, a substitute hornist with the Honolulu Symphony Orchestra, pianist for Honolulu Waldorf School eurythmics classes, and Choir Accompanist for First Unitarian-Universalist Church of Honolulu. Prior to his MOSC appointment in 2009, he served as Fourth Horn of the Arkansas Symphony Orchestra; he has also performed with Arkansas’s Opera in the Ozarks festival and the Lyrique-en-Mer opera festival on Belle-Ile, France. In 2015 he performed Richard Strauss’s Horn Concerto No. 1 with the West Texas Symphony.